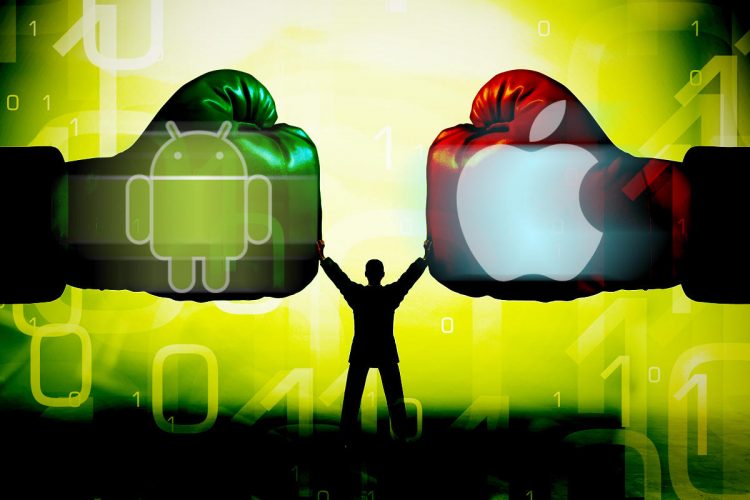 Ever since the launch of the iPhone in 2007, several manufacturers are trying peculiar approaches contend for supremacy. A decade back, Blackberry, Windows mobiles, Symbian, and many other OS were ruling the mobile market. However, things are changed now, at present, the competition is solely between Apple’s iOS and Google’s Android.

But most of us have questions regarding the differences and similarities between these two. More importantly, which is better in 2020? Let’s find out!

Fundamentals of iOS and Android

Both operating systems look alike to each other if we talk about the user interface. However, there are certain areas where they walk apart. The central priority of both iOS and Android is the mobile operating system. Although, Apple has used its variants on Apple TV and iWatches as well. iOS focuses mainly on the optimization sector and keenly monitors third-party software developers.

On the other hand, Android is an open-source operating system which means it uses an open development process. Similarly, it is significantly easier to adopt the Android OS. Talking about the disadvantage of open source, it has an inferior optimization and security in contrast to iOS.

It is quite usual to see people complaining about the poor resolution and lower RAM of the iPhone. But this is certainly not true. The result of the superior optimization of the iPhone is that it does not need huge amounts of RAM. Similarly, the substandard display resolution requires lower work from GPU and, thus, better battery backup.

In addition, the latest A12 Bionic Chip incorporates eight cores. Now, again you may be thinking that Androids have been using 8-cores for ages. But the same still stands, the excellent OS optimization dominates all the Androids. Although Android devices look promising on paper, iOS delivers better performance in practice.

All about the Google Playstore and App Store

The open-source nature of Android is advantageous when it comes to applications. Google Play store has approximately a 0.2million more applications in comparison to the App Store. Besides, Android also permits you to have access over varieties of third-party applications. Things don’t end here; you can manually load .apk files.

However, the scantiness of application in the App Store is due to the strict observation over the applications. Apple ensures that all its application is free from viruses and are safe to use. All-to-all, even though, iOS prioritizes more on the quality applications, Android offers us a variety of applications that are very easy to access.

Customizability in iOS and Android

In spite of the fact that iOS has one of the best designs, it doesn’t allow you to customize things immensely. Boundaries are very restricted when it comes to customization on iOS.  On the other hand, Android gives you prominent freedom and flexibility for customization.

You can find tons of launchers on your store that allows you to have a better Android experience. Likewise, you will experience an extensive measure of customization if you root your Android device. However, this will certainly invalidate your warranty.