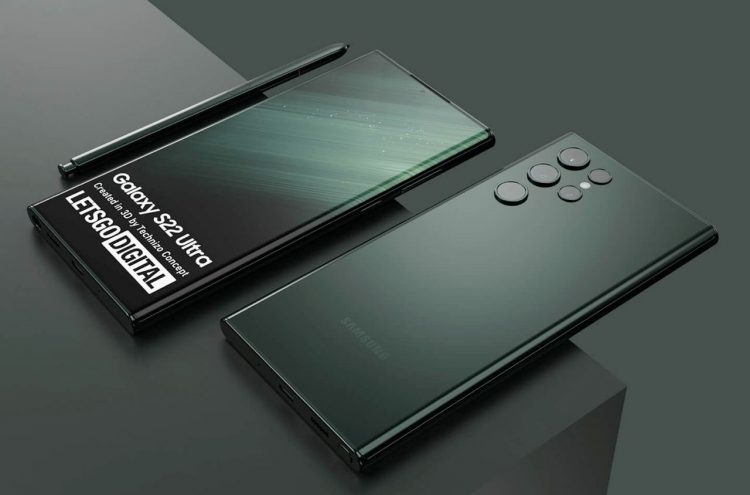 The most awaited Samsung Galaxy S22 is rumored to be released on the 9th of February and the gossip and leaks have been coming luxuriantly and rapidly for all of its three variants. The Samsung Galaxy S22 will be the first flagship device from Samsung to release this year.

Below is where we will be talking about all the latest rumors, gossip, leaks, and news about the Samsung Galaxy S22. Besides, we will also keep an eye on the price, features, release date, and many more.

As per most of the leaks, the new Samsung Galaxy S22 Ultra will boast a Note like design with square edges and a quadruple-camera setup. Likewise, it will also have the S Pen. The Samsung Galaxy S22 will most likely come in white color with a triple camera set up and rounded edge.

According to some other rumors, Samsung Galaxy S22 will come in four different colors – black, white, burgundy, and green. Further, some people have already had their hands on the Galaxy S22, and a review on Reddit suggests that the device will be significantly lighter and slimmer than the Samsung Note 20 Ultra.

Similarly, some leaks also claim that the rose gold color will be much more have the pink shade. Also, if the leak is right then the green shade will be quite different and can also be the signature color of the Samsung Galaxy S22.

The Samsung Galaxy S22 and the S22 Plus will boast a 50-megapixel primary sensor, 12-megapixel ultra-wide-angle sensor, and 12-megapixel telephoto lens with 2x optical zoom. However, some sources also suggest that the telephoto will be a 10-megapixel sensor. Likewise, the Galaxy S22 will not have the 3D ToF sensor on the rear camera.

Now moving on to the Samsung Galaxy S22 Ultra, it will feature a 108-megapixel lens like the precedent variant. Similarly, it will also include two 12-megapixel telephoto sensors and a 12-megapixel ultra-wide-angle camera. Besides, some gossip also claims that the device will come with a “Super Clear Lens” feature.

The Samsung Galaxy S22 will most probably feature the present-day Qualcomm Snapdragon 8 Gen 1 chipset or the Exynos 2200. Depending upon your location, you will get either of the versions. The Exynos 2200 is recently launched and it has an AMD GPU. The Snapdragon on the other hand is 20% swifter than the CPU and uses 30% less power in contrast to the Snapdragon 888.

The memory and storage will not change from the Galaxy S21 range. To be specific, the S22 and S22 Plus will come with 8GB of memory and 256GB of storage. On the other hand, the S22 Ultra will flaunt an adequate memory of 12GB/16GB and storage of 256GB/512GB. Besides, some reports also suggest that it will come with 1TB of internal storage.

Some leaks also claim that Samsung Galaxy S22 will bring the vapor chambers back to life. This feature helps to keep the device cool while carrying out heavy loads of tasks. Further, the S22 Ultra will also support Samsung’s S Pen Stylus.

OnePlus 10 Pro Review – Everything You Need to Know

[…] extensively beautiful. The device certainly stands out well against the likes of the iPhone and S22 Ultra. Likewise, the sturdy Gorilla Glass 5 protects the back and the Gorilla Glass Victus covers […]