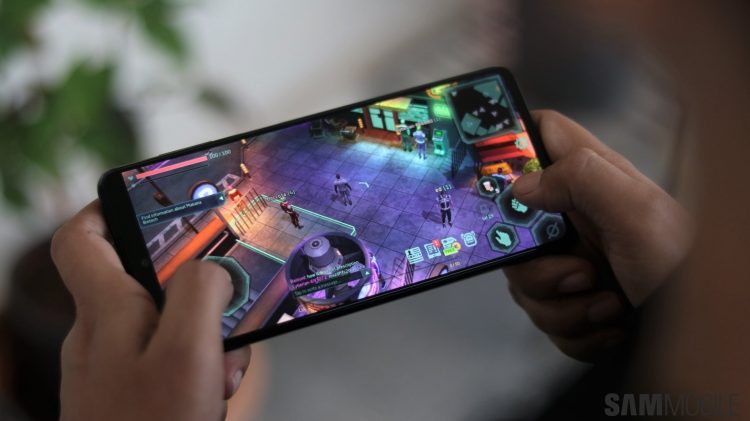 Samsung has done a great job with its relatively new M-series of smartphones. With batteries over 5000 mAh in almost all phones within the series, the nickname “Monster” suits the devices. With the promise of providing the whole 5G experience in a mid-range smartphone that’s affordable and decently priced, the Galaxy M52 5G was recently launched by Samsung.

So, is it worth it to buy this new addition to the M-series? Please stick with us to know more.

The M-Series of smartphones are usually on the bulkier side thanks to the massive “Monster” battery they carry. However, with a downgrade in the battery of the M52, Samsung has been able to make a leaner version of the smartphone. Hence, the new phone has been dubbed the thinnest and the meanest Monster of them all.

As a result of its slimmer/leaner design, M52 is also much lighter than the other M-series phones. Compared to the 213gm mass of the M51, the Galaxy M52 5G is much lighter at just 173gm. The more lightweight phone makes it handier for you and also does not weigh down in your pockets.

Samsung is not a stinge when it comes to letting the phones have the best display available within the price range. Thus, the Galaxy M52 has a Super AMOLED+ screen with a refresh rate of 120 Hz. Without a doubt, the display of the phone is superior and much more vivid than its competitors.

The massive 6.7 inches screen comes with a resolution of 1080 x 2400 pixels. The 393 PPI density allows you the best experience when entertaining yourself with videos and games. Moreover, the over 86% of screen-to-body ratio lets the phone have the maximum utilization of the front surface of the Monster.

The Galaxy M-series has been famous for its all-mighty and long-lasting batteries. The previous version, Galaxy M51, had a massive 7000 mAh battery which supported your phone for over two days. However, with the new Galaxy M52, Samsung has opted for a smaller battery of lesser capacity.

The Samsung Galaxy M52 holds a 5000 mAh Li-Ion battery. Although it is less in capacity than its predecessors, it is still a monster of a battery as it can last you up to 48 hours of voice calls. Further, the battery is still much more in capacity compared to the devices in other phone series.

Despite having a smaller battery, the smartphone is excellent in giving you the best experience while using it. M52 outperforms most competitors with its Qualcomm SM7325 Snapdragon 778G 5G chipset as a mid-range phone. In addition, being a fully 5G supporting phone and the Super AMOLED display have helped the device gain momentum against other phones in the market.

Built around Android 11, the Galaxy M52 5G comes out of the box with ample software in it. It offers you all the “Samsung Signature” features that you find mostly in flagship devices. However, the device certainly misses out on the DeX feature. DeX is a software platform that extends your smartphone into a desktop-compatible experience. It takes your multitasking experience to a new level.

The phone comes in two variants boasting 6 GB or 8 GB RAM. The huge capacity allows you to have the optimal experience when playing games. Moreover, it gives you the smoothest performance when using heavy apps without much lag.

However, the new M52 only has 128 GB storage in both of the variants. Although a superior version with 256 GB of storage would have been a great option, 128 GB is ample space for you to store thousands of photos, videos, documents, and apps. Moreover, the storage is expandable with a microSDXC card, which doubles as a sim slot.

Here comes another smartphone with multiple cameras whose uses are not understood by all the users! But, all jokes aside, the all-new Galaxy M52 5G comes with three cameras mounted on its rear-end and one selfie camera up front.

The three cameras incorporated on the M52 are less than that of its predecessor. While the M51 has four rear cameras for wide, ultrawide, macro, and depth purposes, the new version has removed the 5 MP depth lens. Although the purpose of the exemption of the lens is unknown, the phone still takes gorgeous pictures of excellent quality.

A selfie camera is a must in today’s world. So, Samsung has made sure that the Galaxy M52 flaunts a 32 MP front-facing lens with an aperture of 2.2. As a result, the pictures you take with this camera are super well-balanced and much better than other phones within this price range.

The specs of the new Samsung Galaxy M52 5G are enlisted below.

[…] Pixel 4a or 5a might not have been as popular as the mid-range devices from Samsung and Xiaomi. However, it still has a significant following. The device is set to release on the 31st […]