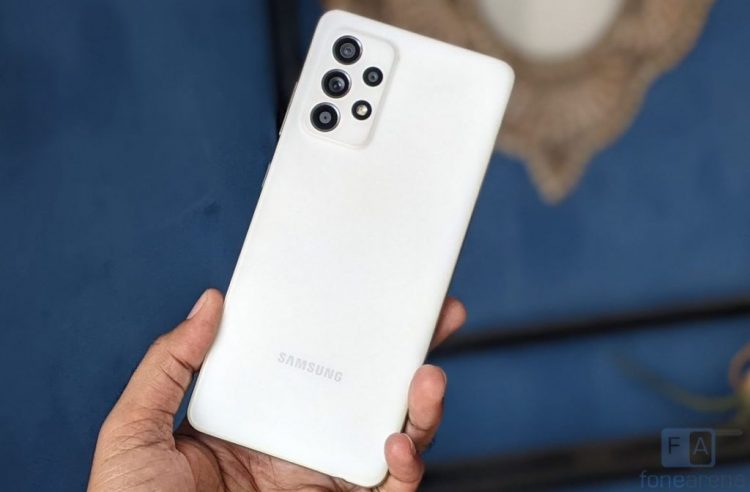 Manufacturing a successor version of a smartphone is quite a Samsung thing. So, just like any other month, Samsung has once again come up with a brand new Samsung Galaxy A52s. It is an upgrade to the Galaxy A52.

The all-new Samsung Galaxy A52s is the new addition to the mid-range A-series of Samsung. The looks of this phone are pretty similar to its predecessor, with almost no visible changes. However, the A52s has added a new color option, Awesome Mint, to its collection instead of the Awesome Blue of A52.

If you are scared of dropping your phone and damaging its screen, then you can breathe easy as the Galaxy A52s is protected by the Gorilla Glass 5. The Gorilla Glass enforces your screen and prevents it from shattering. Moreover, the phone is dust and water-resistant and thus can handle pretty rough handling.

Although the screen is beautiful and strong, the back of the phone is entirely plastic. As the phone’s casing is fully plastic, it makes the A52s feel cheap and does not appeal to the mid-range market.

In addition to the plastic casing, the rear camera protrudes from the device. This causes the A52s to have a bumpy look, just like its predecessor. Moreover, the protrusion of the camera array makes it more prone to damage if the phone falls.

The new Samsung Galaxy A52s looks promising on paper. It boasts an expansive 6.5-inch Super AMOLED display that has a 120Hz refresh rate. Besides, it can generate a resolution of 1080 x 2400 pixels. The superior refresh rate allows you to play swift games and resonating sound from the speaker makes your gaming experience even better.

Further, the display is still visible under direct sunlight. Having said that, Samsung has left room for an improvement in the display section. The fresh Samsung Galaxy A52s does not support the HDR10 while streaming videos. HDR10 is a technology that improves the color and contrast of media. Correspondingly, improving the picture quality and making a picture more realistic.

Samsung brags its new product, the Samsung Galaxy A52s, to be fully 5G compatible. Besides, it is built around the Snapdragon 778G chipset, which performs competently. In addition, if we compare its performance with some other mid-range devices, it stands streets ahead of them.

Likewise,  the chipset supports graphically demanding games as well without any heating issues or lag. However, you might feel the touch sampling is a little bit slow, but it still works adequately.

Samsung Galaxy A52s comes in two different variants, the 6GB version, and the 8GB version. Similarly, you will also find different storage configurations in different variants. The substandard model incorporates 128GB storage while its superior version has 256GB storage space. Both the numbers are sufficient to hold your information, pictures, videos, etc.

Samsung Galaxy A52s has a battery with a capacity of 4500 mAh. The company claims that the battery will last for two days, which may be stretching it a bit too much. Nevertheless, the battery is pretty powerful, and it will give you great system performance on minimal power consumption.

The 4500 mAh battery is set to be 25 watts for the optimal fast-charging of the phone. However, the device comes with only a 15 watts charger which does not give you the maximum speed when charging. The Galaxy A52s charges from 0 to 100 within an hour and a half with the included charger.

With the trend of phones boasting multiple cameras going strong in the market, the Samsung Galaxy A52s also has many cameras on it. The device flaunts a single selfie camera on the front along with four rear camera sensors.

The front-facing selfie camera of the A52s is 32 MP with an f/2.2 aperture. As expected from a good camera, the selfie camera yields high-depth selfies that can click awesome wide-angled pictures.

Although the front panel has only one lens, the back of the phone incorporates four camera lenses. The primary camera is 64 MP and takes excellent pictures. In addition, the ultrawide camera of 12 MP can capture expansive landscapes of up to 123°.

In addition, a 5 MP camera is present to give definition and depth to the images taken. Further, the depth camera plays a vital role in producing the blurry background effect. Last but not least, the A52s comes with a macro lens that offers ultra-fine details to the pictures.

Moreover, the night mode of the A52s yields well-defined pictures even in low-lights. In addition, the Optical Image Stabilization that the phone can provide when taking photographs is impressive. Honestly, the low-light shots of the Galaxy A52s are much better than the ones taken by other mid-range smartphones.

The specs of the all-new Samsung Galaxy A52s 5G is as follows:

[…] Samsung Galaxy A03s flaunts a big 6.5-inches PLS display that generates a resolution of 720 pixels. The brightness is relatively lower with 354 cd/m2  on average. Therefore, it is much dimmer than most entry-level devices. […]