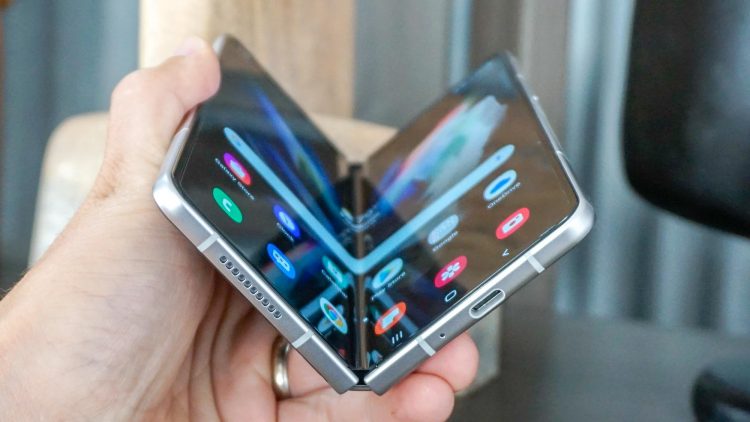 Samsung Galaxy Z Fold 3 – The Best Foldable Smartphone: Foldable phones have become all the rage in the early 2020s. For years, many big phone companies have been researching and trying to bring smartphones with foldable screens to the market. The Chinese smartphone company Royole was the first to release the first generation of foldable phones in 2018. Samsung followed soon after in 2019.

After the first Samsung Galaxy Fold was released in 2019 by the South Korean tech giant, it was met with some severe reviews. As they were one of the first on the market, the phones faced many technical difficulties, and many users had a negative experience with the phone. However, the tech giant persevered and was able to improve immensely on the phones with its successors.

The Galaxy Z Fold 3 was introduced by Samsung in August of 2021. As expected, vendors have opened up pre-booking for the phone to get unique benefits and many gifts. So, let us look at the phone itself and find out if it is better than other phones on the market.

The all-new Samsung Galaxy Z Fold 3 is much better than its predecessor. With a 30% brighter display, you can easily use it outdoors. Moreover, the screen is protected with a Gorilla Glass Victus, and pre-bookers get free 12-month breakage insurance. Furthermore, the entire phone is waterproof, which in turn makes it much more durable.

Although the Galaxy Z Fold 3 is water-resistant up to 1.5 meters in water, the phone, unfortunately, is not dust-resistant. So, it would be best if you keep it away from beaches or sandy areas. However, it is safe during occasional splashes of water or in the rain.

Although still bulky, the smartphone has been made much more durable. With its strong Armour Aluminum body and the Gorilla Glass Victus, Samsung Galaxy Z Fold 3 is 80% more durable. In addition, the new feature of the protected PET film allows the phone to handle a significant amount of abuse.

Although Samsung has reduced the thickness of the phone, it is still pretty bulky. However, the bulkiness is understandable as the phone-tablet combo is foldable and is thus thicker than its non-foldable counterparts.

A significant upgrade from the second version of the phone would be the S-pen support. With the added benefit of an S-pen, you can efficiently utilize the phone to its maximum potential.

A somewhat disappointing factor of the new phone would be that the Galaxy Z Fold 3’s camera does not differ from the Galaxy Z Fold 2’s camera. The cover, front, and triple rear camera are precisely the same in both phones. As Samsung usually upgrades the camera quality every year, this comes across as a downer for many. However, despite the lack of an update, the cameras take outstanding pictures.

Moving on, the battery of the phone, too, has a lot of room for improvement. Samsung has introduced phones with 6000 mAH batteries in recent years. So, although long-lasting, the 4400 mAh battery in the Galaxy Z Fold 3 seems paler in comparison. However, we do expect to see an upgrade in the battery of future phones.

One of the best features of the Samsung Galaxy Z Fold 3 is its ability to multitask. With a screen so big, it could be a tablet or a laptop, the smartphone gives you a fantastic multitasking experience. For example, you can have up to three apps open simultaneously and exchange files and data with a simple drag-and-drop.

Moreover, Samsung has added a new feature called Taskbar. It is similar to the previous edge panel, but you do not need to drag or swipe to open it. Instead, it sits on the right-hand side of the screen, similar to the taskbar at the bottom of a Windows PC. This feature is somehow complicated to activate, but you can easily switch between apps without any hassle once active.

The dynamic AMOLED screen with a refresh rate of 120 Hz is available for both screens. The 29% brighter inner screen is excellent, and when partnered with the Snapdragon 888, it gives a great gaming experience. The smartphone also supports 5G.

The specs of the new Samsung Galaxy Z Fold 3 are listed below.

Despite the nitpicking, Samsung Galaxy Z Fold 3 is still the best foldable smartphone one can buy. Unless the other big tech companies can release their own foldable phones in the market, it seems as though the Galaxy Fold phones will lead the market for a long time to come.

[…] a successor version of a smartphone is quite a Samsung thing. So, just like any other month, Samsung has once again come up with a brand new Samsung […]