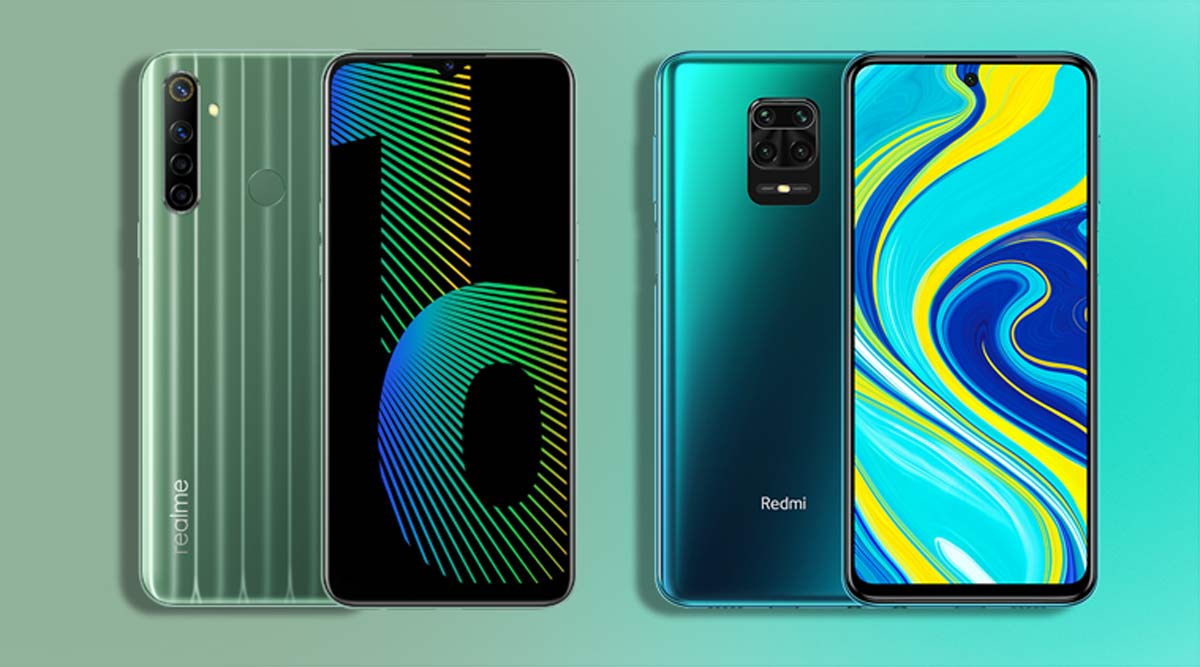 After a short delay due to the lockdown, the Chinese brand Realme launched the new Narzo series earlier this week that comprehends two budget devices. The Narzo 10A is the standard model whereas the Narzo 10 is the revised version which is known to be the superior variant. However, we are here to review the Narzo 10 with a bit of information on Narzo 10A as well.

The 6.5” inches display panel has a resolution of 1660 X 720. The tough 2.5D gorilla glass 3 protects the display. The device comes with MediaTek Helio G80 chipset paired with the Mali G52 GPU. The fresh Narzo 10  runs the Realme UI established with the present-day android 10, which blusters the redecorated looks and makes it a performance-centric device.

The budget-friendly smartphone has a tactful fingerprint scanner, placed on the back of the device. The 5000mA.h is one of the most attentive attributes of the inexpensive smartphone. The battery lasts up to a full day including an hour of playing a game. The 9 mm thick device weighs approximately 199 grams. The large battery seems to be the culprit for the heavier weight of the device. With all these features, the latest Narzo 10 seems to attract many adult gamers.

The modish Realme Narzo 10 with the brushed metallic frame gives a tasty bit of retro feeling. The new smartphone adopts a skinny bezel that runs throughout the display with few millimeters of extra thickness on the bottom. Likewise, the selfie camera resides on the teardrop cut-off which is at the top-center of the device.

The smooth rounded corners and the matte finish of the new Realme product assist the user to have a better hold of the device. Also, the immense and bolder logo of Realme that has always looked odd is thankfully not seen in Narzo 10.

SUPERIOR CAMERA OF THE LATEST NARZO 10

The budget-friendly Narzo 10 has not compromised a lot in the camera. The device shows-off a set of four cameras on the back panel. The quad-camera array comprises 48-8-2-2 megapixel lenses where the 48 megapixels sensor is the primary one.

Comparing the picture quality of economic Narzo 10 with other high-end devices is blather. Having said that, the device gives a meticulous and sharp picture under good lighting. Nonetheless, the 16-megapixel selfie camera stands far better than other cell phones that land under the price of Rs.20,000.

As mentioned earlier, the Narzo series includes two alternatives; Narzo 10 and Narzo 10A. The superior variation includes 4GB of memory with 128GB of storage whereas the Narzo 10A incorporates 3GB of Ram with 32GB of storage. The device is introduced with a soothing white and green color. On the other hand, the Narzo 10A comes with pacifying So Blue and So White colors.

The performance-centric Realme device is one of the best bargains you can make in 2020. Brimmed with all the features, the Narzo 10 price in Nepal is supposed to be Rs.19,000. To your surprise, the baseline Narzo 10A is even cheaper and costs around Rs.13000.

WHY YOU SHOULD HAVE YOUR HANDS ON NARZO?

The phone will assuredly be a good choice for the people who want to play around with the games and have longer battery life. More importantly, if you don’t want to splash out a huge amount on a device and still want to experience preferable features then Narzo 10 is certainly for you.

However, if you are the type of individual who is too worried about the on paper specifications then you should probably drop the Narzo series from your choice.

[…] camera performance. However, if you are not satisfied with the processor then you have the Realme Narzo 10 as an […]