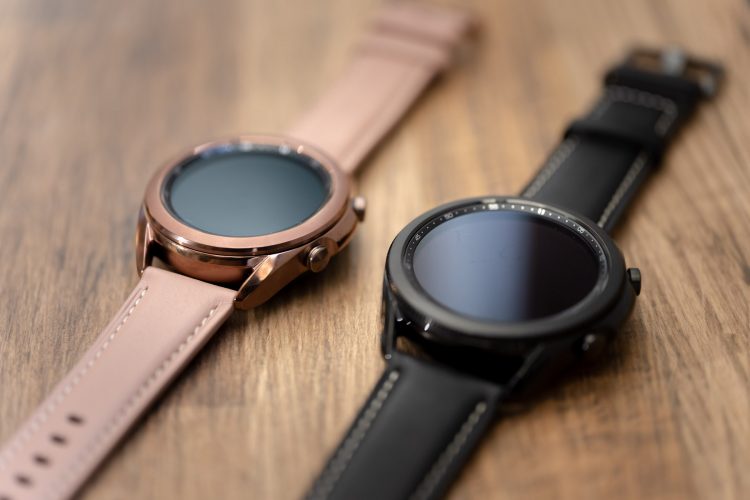 The brand-new Samsung Galaxy Watch is better than ever. There is no doubt that it is going to be the best smartwatch of 2020. The satisfying, rotating bezel looks exceptionally decent and beautiful. Besides, Samsung has added peculiar features like a trip detector, SpO2, and VO2 reader. Likewise, it also incorporates the ECG sensor which is approved by the FDA. Samsung has certainly set a new level of competition for all the smartwatch makers.

HOW DOES THE NEW GALAXY WATCH LOOK?

The new Samsung smartwatch looks physically appealing. The classic spinning dial looks decent and works perfectly. Similarly, the tactile side buttons do a good job. Going along the numbers, we can say that it is 0.08 times smaller, 0.14 times thinner, and 0.15 times lighter than the first Galaxy Watch. However, it still weighs around 48.2gms.

The straps are another luring attribute of this watch. It comes with a leather band which is quite rare to see in smartwatches. This also allows you to wear it on casual occasions. Having said that, these straps are not suitable for athletic purposes.

We can see a lot of improvements in the well-known Tizen software of Samsung. But it is still a step behind Apple’s WatchOS. Unlike the prior versions, it has several pre-installed applications that can be customized easily. Likewise, prominent improvements are seen in motion gestures. To your surprise, the new Samsung Galaxy Watch 3 permits you to send texts from the smartwatch itself. Now, you don’t have to take your mobile out for sending texts. Although typing on such a small screen sounds weird but it is a very useful feature.

Samsung is always appreciated for its innovative nature. Besides, it focuses a lot on fitness and health features. The new Samsung Galaxy Watch 3 packs a total of 40 activities tracker. Out of these activities, 7 activities can be tracked automatically. The on-board GPS of this device is very precise. Similarly, it also has the feature to call emergency services if it senses that you took an unexpected fall. It is good to see Samsung adopting these appreciable features from Apple Watch.

The ECG reader and blood pressure monitor are other substantial features. However, it is already obsolete news for Apple Watch users. Other than that, it also has the sleep tracker.

Samsung is always valued for its high-quality smart watcher. Besides, the new Samsung Galaxy Watch 3 has a lot more to offer than its prior models. Being a fitness-centric smartwatch, it has several activities tracker. On the other hand, it also packs the ECG and Blood Pressure monitor.

[…] manufacturing alluring and big-budget timepieces since 2002. But now it has stepped into the game of smartwatch with Tambour […]

Samsung Galaxy Watch 4: A Must Have For Samsung Users Who Are Into Fitness