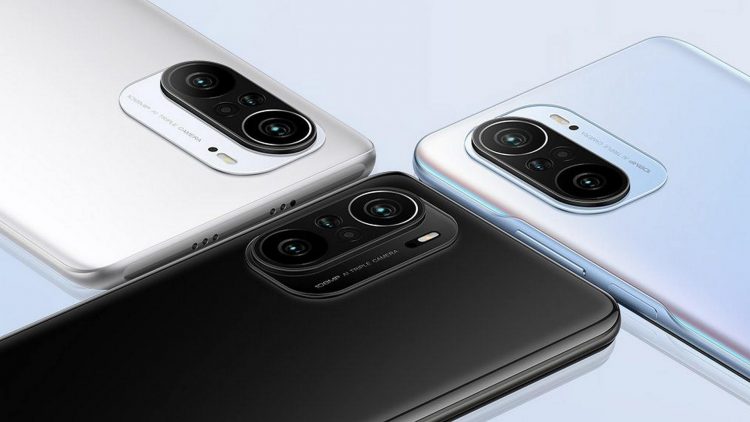 Xiaomi Mi 11i Design and Screen

The brand new Xiaomi Mi 11i does not resemble the looks of its elder siblings, the Xiaomi 11 series. However, it is quite identical to the Poco F3 and Redmi K40 Pro plus. From the external housing to the display design Mi 11i looks ditto like the Poco F3. The only difference we see is the writings on the camera module and the branding.

The beautiful device from Xiaomi measures 163.7 X 76.4 X 7.8mm which makes the device extensively easy to handle. It weighs around 196gm which unfortunately is not an ideal number for most people. Similarly, if I compare the looks of the new Xiaomi Mi 11i with Xiaomi Mi 11 Lite, I would prefer the Lite version. Xiaomi Mi 11 Lite looks a lot more premium and special even though it costs a huge buck less. The predominant reason for its relatively poor design is the use of the plastic frame.

The flat display is protected by sturdy Gorilla Glass 5 and has an IP53 rating which is another downside of this device. Similarly, the device has a thin bezel running around which is slightly thicker in the chin. The selfie camera resides on the waterdrop notch which is placed on the top-center.

Xiaomi Mi 11i is built around the present-day Snapdragon 888 chipset and 8GB of LPDDR5 RAM. You can easily play graphically demanding games like PUBG at a full graphics setting. Therefore, Xiaomi taunts the new Mi 11i as the star performer.

Similarly, the device is super-responsive to touch inputs which play a vital role in elevating the gaming performance. Moving on to the internal storage, you can opt for either the 128GB variant or the 256GB variant. You will also have to deal with the company’s MIUI 12 over Android 11 which is very easy and you can live with. Besides, MIUI is exceedingly fast and functional.

The Xiaomi Mi 11i incorporates a big 4520mAh battery which is surprisingly a flagship specification. Big flagship devices like OnePlus 9 features the same size battery. Besides, it performs better than more capacious batteries like that of Xiaomi Mi 11.

It lasts for about 17hours and the device comes out of the box with a 33-watt power adapter. It can charge the device from 0-80% within 40 minutes and can fully charge the device within an hour. However, Xiaomi Mi 11i does not support wireless charging.

Xiaomi Mi 11i features an impressive camera system with a primary 108-megapixel wide sensor. This is the Samsung ISOCELL HM2 sensor that we have seen in the Realme 8 and Redmi Note 10 Pro. The pictures taken from this sensor are bright, sharp, and nicely balanced. Similarly, the colors are also pleasantly vibrant.

On the other hand, the night mode shots are also satisfactory. However, we can notice the difference between these and expensive devices. One of the reasons for this is the lack of OIS which is a fundamental component of night photography.

The device also flaunts an 8-megapixel ultra-wide sensor. It allows you to take beautiful expansive landscapes but the color tone and details are noticeably inferior. Similarly, the 5-megapixel macro sensor does a pretty good job with a good level of noise

Xiaomi Mi 11i Price in Nepal

VIVO V23 Pro Vs Xiaomi Mi 11i: What is the Difference?