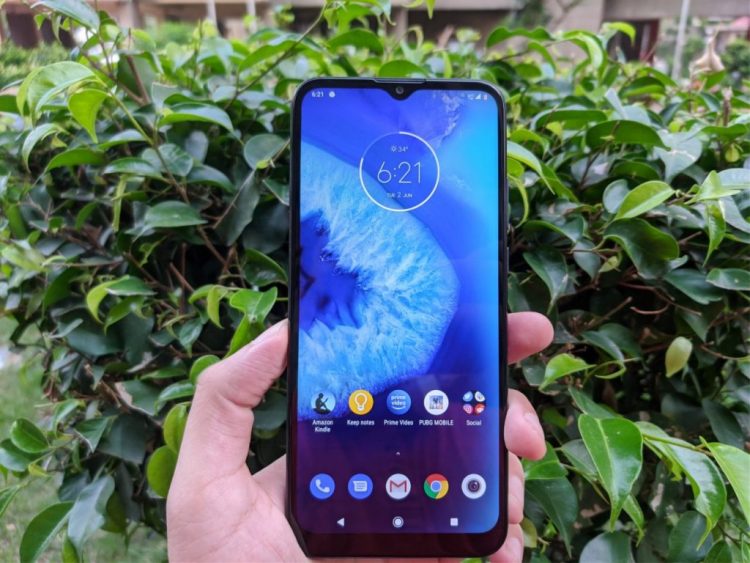 The G-Series of Motorola is one of the best-selling smartphones of the company. Every year Motorola produces several members of this series. Similarly, the newly launched Moto G8 Power Lite is a good, mid-range device of this family. The device includes a big battery and a three-camera module, but is it worth your money?

HOW DOES THE NEW MOTO G8 POWER LITE LOOK?

Like most of the smartphones of the present generation, the new G8 flaunts a big 6.5-inch screen. However, a slightly thinner bezel would have certainly enhanced its beauty. The water-drop notch lies on the top left corner of the device. Talking about the rear panel, it is quite decent and clean.

The big 6.5-inch display generates a crisp resolution of 720 x 1560 pixels. The HD+ display has a 20:9 ratio. However, the display quality is not up to the par. The small texts and icons look quite blurry. Besides, the brightness range of G8 is very poor. The display is still not very bright at its peak brightness. You will have a difficult time, using this cellphone under the bright sunlight. The Moto G8 runs on a MediaTek Helio P35 Processor. The processor is good for any mid-range devices.

The power button and the volume rocker are placed on the right edge. Likewise, the headphone jack lies on the top panel. Having said that, the 4GB of memory is quite disappointing. We can get tons of other devices at the same price with at least 6GBs of RAM. Including the Micro-USB port is another downside of the device. Besides, the device brags a 5000mAh battery. The number is very satisfactory, considering the low price of the device. It will easily last for 24hours.

The brand-new Moto G8 Power Lite packs an array of three cameras. The 16-megapixel sensor is the primary camera. The main camera does a good job. You can see a good level of detail and natural colors. There are no artificial color enhancements and auto-editing. Similarly, the 2-megapixel ultrawide camera performs pretty decently when it comes to landscape photography.

However, the 2-megapixel macro camera is not satisfactory. You will not find any difference in the close-up photography taken from the primary lens and the macro lens. In addition, the laser AF module plays a prominent role in focusing. This also helps you get spectacular night shots.

The new Moto G8 Power Lite incorporates a memory of 4GB and a storage capacity of 64GB. It costs you Rs. 14,400.  On the other hand, the competent Realme Narzo 10 carries a price tag of Rs.19,000. Looking into all the peculiar functions and functionalities, the price of Moto G8 Power Lite is quite fair.

All-to-all the new Moto G8 Power Lite is a beautiful smartphone that is certain to lure a lot of buyers. It has a sturdy battery, a neat UI, and the preferable camera performance. However, if you are not satisfied with the processor then you have the Realme Narzo 10 as an alternative.

The Narzo 10 will cost you Rs.4000 more. But it certainly has the G70 chipset which stands a street ahead then the Helio P35. You can also consider the Samsung M21 if you can spend a few bucks more. It packs a 6000mAh battery and has the Exynos 9 chipset.

Honor 9A – An Entry-Level Smartphone with 5000mAh Battey | Vettyo

[…] the big 5000mAh battery that will easily last you for 32hours. The earlier release of Motorola, the Moto G8 Power has the same battery but the better optimization of Honor 9A, it lasts a few hours […]