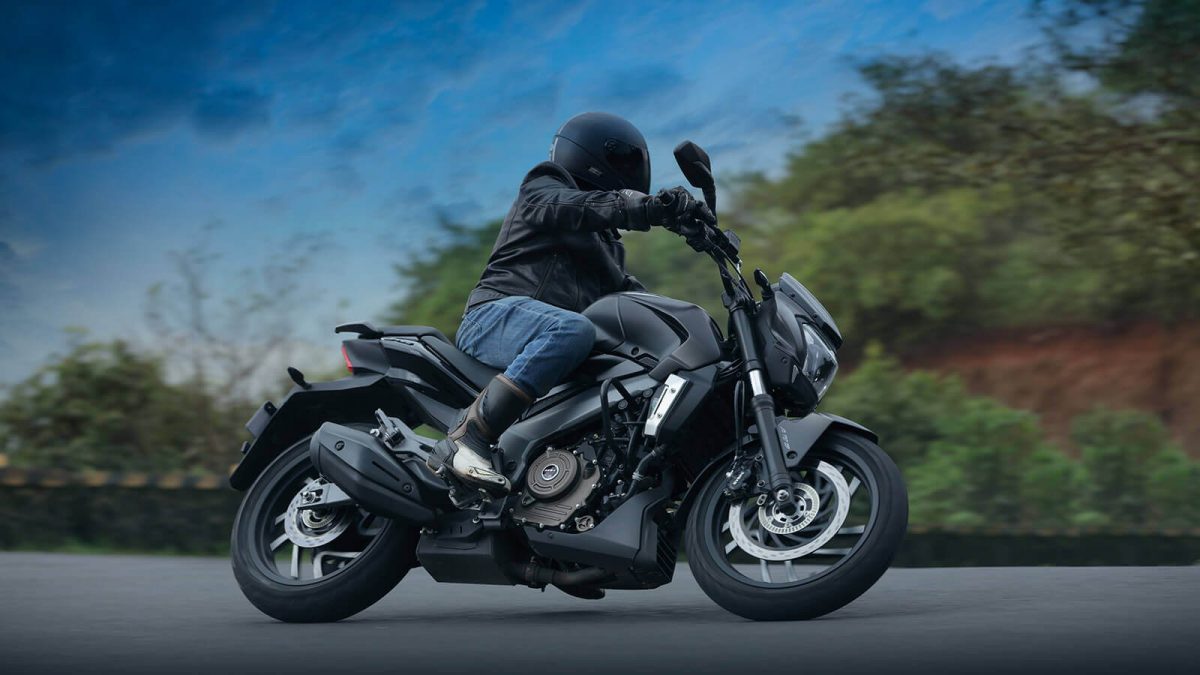 Earlier this year, Bajaj launched the new Dominar 400 with few beautifying and a lot of mechanical changes. The bike is introduced in Nepal with a price of Rs.5,30,000. The figure is tremendously lower than that of the KTM duke 390 which is 8,30,000. This certainly makes the Dominar 400 a step ahead of the KTM 390.

WHAT’S NEW IN THE BAJAJ DOMINAR?

The updated version of the Bajaj Dominar 400 uses a 373.2cc  liquid-cooled engine. This provides 40PS of power at 8650 rpm. The previous versions of Dominar used to possess Single camshaft while the new version is re-equipped with a double camshaft setup.

Also, the new dual-barrel exhaust generates aggressive and sonorous sound with a relatively distinctive tone. Knowing the hunger of people for that athletic and energetic sound, this element will irrefutably turn out to be an important aspect.

With the growing fame, Bajaj would not make a mistake to deem the manufacture of obsolete non-ABS variants. Therefore, the new Dominar 400 comes with dual-channel ABS.

Apart from this, Bajaj has also worked on the small details such as the magnificent equipment of fully digital instrument panels. The primary instrument cluster provides the supplementary feature of displaying the current and average fuel efficiency and also alerts you about the up and down of the side stand.

All other prominent indicators such as gear position index, clock, and trip meter reside in the secondary display which is resides on top of the tank.

The physical appearance of the Dominar 400 has always tempted people into buying it. However, the new variant with swanky aluminum mirrors and big fat alloy wheels with a polished outer edge has made things even better.

Besides the new emerald green color happened to be the icing on the cake. The combination of soothing green with the blackout bits of bodywork makes the bike spare appealing. Also the sharp LED headlights along with the bulky tank give it a sportier and streetfighter look.

Provided with the 400cc engine, the bike does not lag behind other motorcycles when it comes to speed. The vibration has also been lowered to the point of almost non-existent which can become the ultimate element to overcome the likes of Royal Enfield 350.

The new Dominar packs a 40PS power and generates the maximum torque of 35NM at 7000 rpm. Supplied with the 6-speed gearbox, the bike goes past 160kmph with no hesitation and a perfect comfortable ride. Furthermore, the bike accelerates from 0-100kmph in 7.6 seconds which is quite impressive.

With the preload-adjustable lunar shocks, the new Dominar 400 has a softer suspension in contrast to its precedence. This has also assisted in lowering the steering effort especially in tighter and slower curves.

Having said that, we all fall for mileage in the end. It’s not pragmatic for most of the people residing in Nepal to get a bike with adequate features but with accommodation on low fuel efficiency. However, to your surprise, this intrepid 400cc cruiser bike goes up to 419kms on a single tank. This gives an approximate figure of 32.29kmph considering the 13L tank of the bike. There has also been a lot of improvement in the braking. The dual-channel ABS allows you to have a preferable braking progression.

Marking the new Dominar 400 at the price of Rs.5,30,000, Bajaj has taken a devious step to obliterate all the famous 300 and 400cc motorbikes such as KTM duke 250, BMW G310R, Honda CBR 300 and TVS Apache 310R. The Dominar 400 is a fast, affordable, up-to-date, and everyday motorcycle which is a lot more noteworthy now than before. However it neither makes over-commitments nor does it over-delivers.

[…] always, the bike will face competition with its chief rivals the Apache RTR and sought-after Bajaj Pulsar 160NS. The new Honda X-Blade price in Nepal is exactly Rs.2,85,000. Making a price […]

[…] the alluring nooks and cranny of the motorcycle certainly enhance the beauty in every possible way. For an instance, the shape of the fender and […]