Samsung Galaxy A32 – The New Member of A-Series 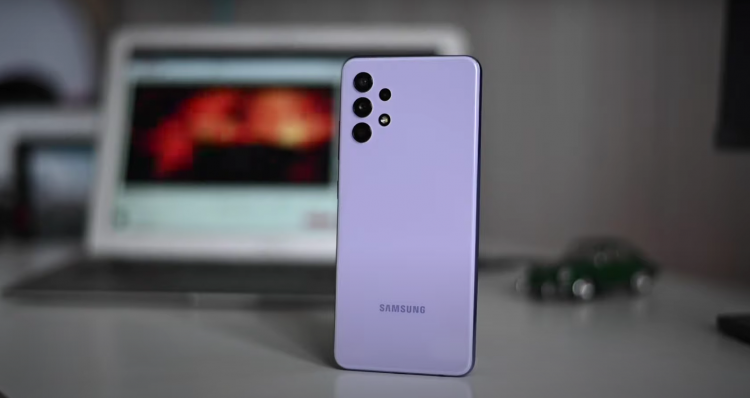 Samsung Galaxy A32 – The New Member of A-Series

The Galaxy A series of Samsung is one of the finest devices that you can find in 2021. Besides, they don’t cost you an arm and a leg with an exorbitant price tag. Coming with all the premium features and lower cost, they tend to be the biggest challenges for all the flagship devices. Furthermore, Samsung is consistently improving their budget-friendly devices, making them better and the center of attraction. We cannot disregard the fact that some of the devices are a bit on the expensive side but there is a clear distinction in the series itself. The A-series in particular is famous for its better design and adequate features. Here, we will briefly discuss the newly launched Samsung Galaxy A32. It looks promising on paper and has an alluring physical appearance.

Galaxy A32 Flaunts an Appealing Design

The new Samsung Galaxy A32 looks quite akin to most of the budget-friendly devices from Samsung. The device is not heavy despite carrying a 5000mAh battery. Likewise, the sleek design and the unique camera array make the device very lucrative.  The device incorporates a plastic back and a plastic frame. However, the plastic body is prone to fingerprint smudges, and micro scratches. A thin bezel surrounds the big 6.5-inches AMOLED display of the device. But the bottom bezel is a bit thicker; a direct consequence of using an Infinity-U display.

The 16-megapixel selfie camera resides in the waterdrop notch that lies on the top of the screen. Like any other device, the USB-C port, the 3.5mm jack, and the speaker reside on the bottom panel. The right panel of the device includes the power button along with the tactile volume rocker. The left edge of the device solitarily consists of the SIM tray. The new Galaxy A32 flaunts a peculiar camera module that is quite similar to that of the Note 20 but without the square projection. Besides, the device comes out of the box with a USB-A to USB-C cable, and the 15W adaptive fast charger.

The Device Looks Promising On Paper

The enormous 6.5-inches full HD+ AMOLED display generates a crisp and pin-perfect resolution of 1080 X 2400 pixels. The display quality is preferable considering the price of the device. It is extensively dazzling, and the colors are very vivid. In addition, you can also customize the color vividness in the setting. We always thought that the MediaTek Helio G80 chipset would not work efficiently with a 90Hz refresh rate. But the new Samsung Galaxy A32 has completely changed our thinking. The in-display fingerprint reacts quickly and without any toil.

The solitary speaker is satisfactorily loud with an average audio output. Furthermore, the speaker does not distort even at the peak volume. Now, talking about the battery, the device packs a 5000mAh sturdy battery. It will easily last you for 48hours.

Modest Camera of the Samsung Galaxy A32

The Samsung Galaxy A32 boasts a quad-camera array. The 64-megapixel sensor with f/1.8 is the primary camera. Correspondingly, the 8-megapixel ultrawide sensor and the 5-megapixel depth sensor accompany the primary lens. Besides, the device also includes the 5-megapixel macro shooter. The 20-megapixel selfie camera generates a good amount of detail and color. It also has the night mode feature. The customary features available in the device are hyper-lapse, slow motion, and AR Doodle. Likewise, video recording maxes out at 30 frames per second.

The device will ship in three Ram variants – 4GB, 6GB, and 8GB. The baseline variant of Galaxy A32 packs 4GB of RAM with 64GB of storage. It costs around Rs. 32,000. You will also find the device with 8GB of RAM and 128GB of storage. It costs you around Rs. 47,000. Looking into the specifications and the built quality, we think that the new Galaxy A32 is one of the best budget-friendly devices of 2021.