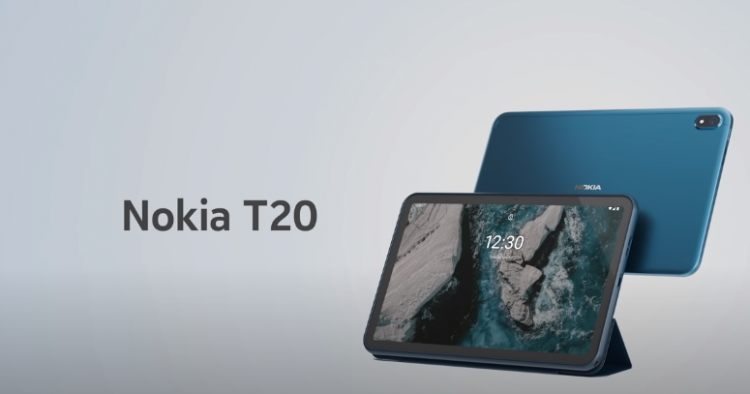 HMD Global’s first tablet is the Nokia T20, although it is not the first Nokia tablet. If you recall, there was a Nokia N1 that was released shortly after Microsoft took over the brand. Although the tablet business is not as vibrant as the smartphone market, the epidemic has certainly shaken things up. As a result, companies like Realme and Motorola have lately debuted tablets, and now HMD Global wants to cash in on the newfound interest.

We’ve seen numerous fascinating tablet alternatives arrive in less than six months, and they all offer at least one element that makes them unique in their own way. The frequent software upgrades that arrive with the Nokia T20 are that thing for HMD Global. And while it may appear disappointing when compared in terms of specs, I believe it is one of the most important features. For the next three years, the Nokia T20 will receive at least two additional Android versions as well as security upgrades.

Tablets, like phones, are personal electronic gadgets. That implies that most of the time, individuals choose to keep things to themselves. As a result, design plays a crucial role. The Nokia T20 features an appealing appearance. The device curved sides, 7.8mm thickness, and 465 grams weight. So, you won’t find it difficult to handle the tablet. However, holding the tablet for long periods of time becomes inconvenient. Nokia also offers a cover-stand separately. This I believe will be useful in instances when you want to watch a show while lying in bed.

The build quality is excellent, and the ergonomics are fantastic. Because the Nokia T20 has a metal body, it should be able to survive minor drops. The tablet has a solid feel to it, which gives it a sense of security. On the tablet, there are only a few buttons: the power button and the volume rocker are on opposite edges but near to each other. That, if nothing else, makes it easier to take screenshots. On the opposite right, there is a 3.5mm headphone jack, which is located at the intersection of two sides, which may appear to be an odd location for the port, but it is not.

The 10.4-inch display of Nokia’s latest tablet is practically perfect for viewing movies, reading ebooks, and monitoring emails, spreadsheets, and presentations. In fact, because it is neither too big nor too little, this may be the optimal size. Furthermore, the broad bezels around the screen make it much simpler to handle the tablet since they provide area for thumbs to rest.

I can attest to the fact that HMD did an amazing job with the design. The four corners of the screen are spherical, much as the outside edge, which creates a sense of balance. No, this does not detract from the watching experience.

This is a 2K display, which HMD promotes as the tablet’s unique selling feature. It is essentially an industry standard nowadays. On top of that, everything looks wonderful when it’s on show.

For gaming, the display isn’t too large.. That means the if you want to try your hand at gaming, the Nokia T20 can provide you with that opportunity. However, you must be realistic about your gaming requirements. You won’t be able to have a high-end experience, but titles like PUBG: New State will run smoothly on the tablet. So, if gamers have any issues with the Nokia T20, they will be minor ones.

A Unisoc T610 CPU powers the Nokia T20. This CPU is usually found in entry-level phones, although it may also be used in tablets as a lower-mid-range processor. That implies that, while the Nokia T20 will not be the quickest tablet at that price, it will not let you down in everyday chores.

In general, multitasking on the tablet is good. My Nokia T20’s 4GB of RAM was sufficient to run many programs in the background.

The Nokia T20 sports an 8-megapixel camera on the rear that takes usually blurry pictures. These photographs are fine, but I didn’t anticipate them to be very detailed or colorful. A 5-megapixel camera is positioned in one of the bezels for video calls and selfies. When using the table vertically, the camera is on the longer bezel, which may modify the angle of images. Face unlocking is supported via the camera, which works well in bright light, although you’ll need to pay attention to how you hold the tablet while aiming it at your face.

The Nokia T20 is a marathon runner. What I mean is that it lasts a long time before you have to recharge it. If your activities are minimal and power-hungry, a fully charged tablet may easily last three to four days. For those who want a large-screen tablet for travel, the 8200mAh battery will suffice. However, the Nokia T20 employs 10W charging, which is one of the slowest standards available. When you combine that with an 8200mAh battery, you’re looking at a 4-hour delay. That is inconvenient; however you may get a 15W charger separately and use it to cut the time in half.

Verdict and Price In Nepal

The Nokia T20 is HMD Global’s first tablet, and it has huge ambitions. Not only does the Nokia T20 want to capitalize on the growing tablet market, but it also intends to compete with rivals such as the Realme Pad. While Realme’s initial tablet, the Realme Pad, is ideal for entertainment, the Nokia T20 may also serve as a good gaming device. Furthermore, the promise of two consecutive Android updates is a deal that no one should pass up, especially when it comes to tablets. Yes, for some, the slow-charging battery may be an issue.

The Nokia T20 is an outstanding tablet for Rs 30,000 if you’re sold on software updates, a large display with good brightness, crisp sound, and a nice entertainment bundle.

Click here to visit our blog site to keep up to date with the latest gadget releases and their reviews.