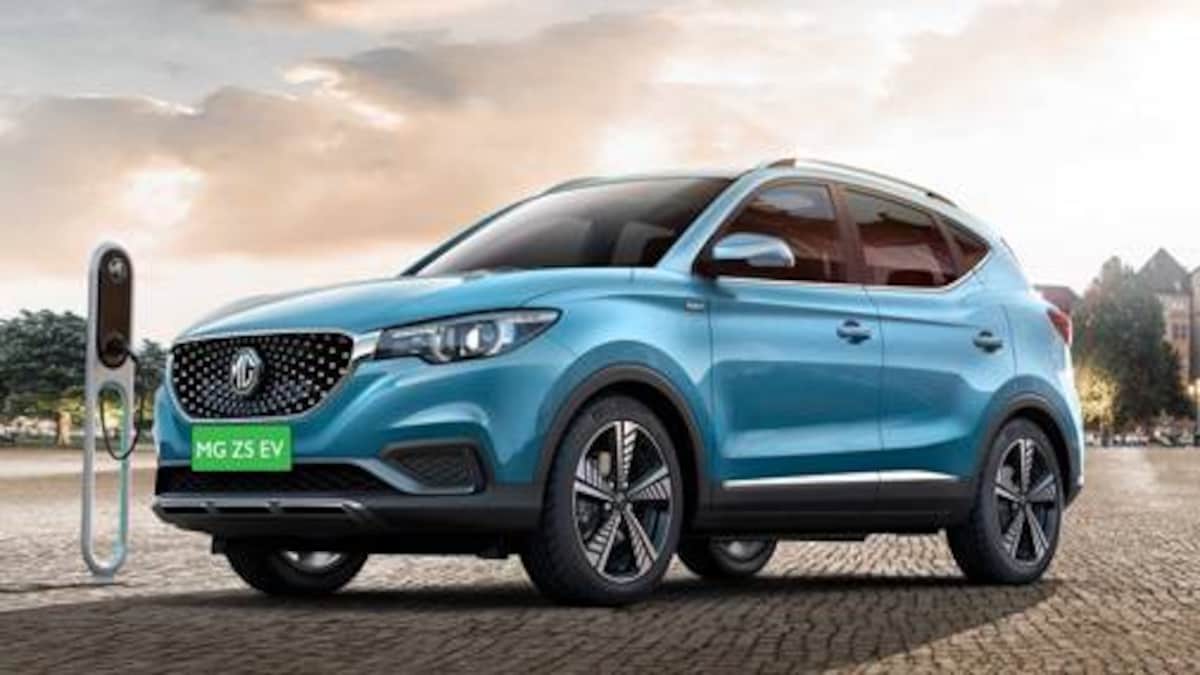 The growing concern of people regarding the deterioration of fossil-fuel has rerouted their interest from petrol-driven vehicles to electric vehicles. The growing demand for electric vehicles has engrossed all automobile manufacturers in its production. On the other hand, in developing countries like Nepal, the low tax rate on electronic vehicles like MG ZS EV has significantly lured many citizen’s attention.

The outer appearance of the MG ZS is quite similar to all other ZS models. The signature MG logo is beneficially included in the diamond-studded grille pattern to conceal the charging port. The trademark emerges upward whenever we give a slight push on it, divulging the AC and DC charging ports.

The beautiful MG ZS flaunts the excellent LED day-time running headlights with vivid turn indicators.  The massive panoramic sunroof has prominently improved the sense of space. The compact SUV of MG weighs 1600kgs which is 250kgs more than the Hyundai Creta.

There is another thing that might attract you to the ZS EV which is the big boot with space saver spare tyre. Talking about the tyres, the vehicle comes with Michelin tyres mounted on a 17inches alloy wheel. The Michelin tyre is predominantly admired for the longevity and reduced road noise.

The plastic built-up dashboard along with the tactile buttons contributes a lot to make the compact interior even better. The 8inches display that embraces a crisp graphic and the DAB radio with Bluetooth smartphone mirroring makes the interior no less than a cockpit. The difficult interface of MG ZS cannot be considered to be a downside for the inexpensive rate it carries.

The squashy and cozy seat of MG ZS allows you to adjust the height to maintain a comfortable driving position. Furthermore, the rear trim comes with a rear parking sensor and the exclusive trims include the rear camera. Apart from that, the MG ZS has a commodious rear space with a proper headroom that can snuggly fit a 6 feet individual. Having said that, the installment of the battery under the rear seat results in an imperceptible bump in the floor. Although, the height-adjustable boot floor helps to minimize the issue.

The electric-powered MG ZS is extensively swifter that goes from 0 to 100km in 8.5secs which is indeed 1.2secs faster than the adversary KONA. Compared to other EV rivals, the new MG ZS has a well-built brake paddle with a predictable response. You will certainly have excellent control over the brakes especially in slowing down your vehicle smoothly.

Although the MG ZS has an attentive feature of adjusting the weight of steering wheels, the vehicle is not an optimum choice for highway rides mainly because of its lower WLTP range and also due to the lack of vehicle charging stations in the highway. However, in a country like Nepal, most of our daily commute is less than 25kms which makes it a realistic exhortation for the citizens.

The AC vent and the dials not only look indistinguishable from the Audi A3 but also serve the same quality. Also, the buttons on the steering wheels and the windows, fit well in the car position and seem identical to the Jetta from Volkswagen. The MG ZS comes with a PM 2.5 pollution filter

Every buyer will look for the charging time of the EV vehicles before turning their heads into other specifications. The luxurious MG ZS carries a 44.5kWh battery. It takes 40minutes to stand up from 0 to 80% when charged with the 50kW public CCS point. However, most of the customers will have the type two connector for a day-to-day go. When you charge the vehicle with a 7.2kW wall box, it takes 6 and a half hours to charge up completely. And more than that, the new MG ZS runs up to 429kms in a single charge.

Most of the electronic vehicles run on a low-budget but it will break your bank when purchasing. However, the luxurious MG ZS price in Nepal is Rs.49,00,000 which is quite budget-friendly when we turn around our heads over the price of other EVs such as the present-day in demand Hyundai Kona that costs Rs. 56,00,000, similarly the KIA Niro costs an arm and a leg with the price of Rs.67,00,000.

Hyundai Kona prevails over all the other EV's – Vettyo

[…] by Hyundai, KONA is a pure electric vehicle which guarantees no emission at all. This leads to the fact that you will not have to worry […]

[…] variant is very swift. You can get the maximum torque at 1500rpm. Like any other contemporary SUV, the new Creta has three driving […]

[…] instance, the 2020 Sonata Hybrid is the first car that brags a solar panel on its roof. This eco-friendly car generates power from solar energy. Similarly, Hyundai is also one of the best Hybrid vehicle […]