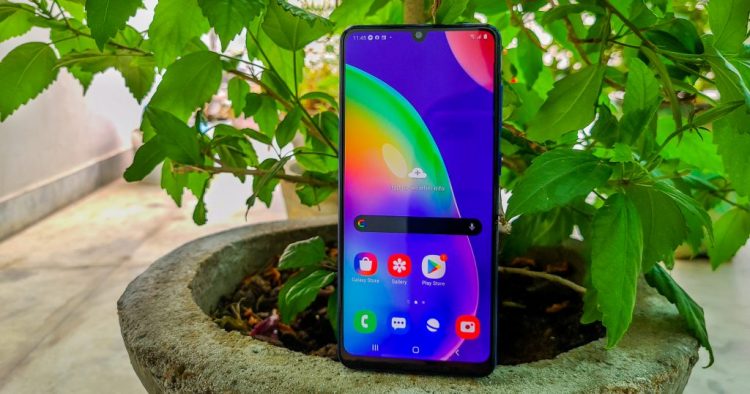 The Galaxy A and M series of Samsung is one of the best economic devices in the market. Besides, they are the biggest steppingstones for all the other budget devices. On top of that, these two models are becoming better and better every month. Although some devices of these series are quite overpriced, there is a clear distinction in the series itself. The A-series is well-known for its better design and supplementary features. On the other hand, the M-series focuses more on inexpensive pricetags. Today we will be talking about the recently launched Samsung Galaxy A31. It looks promising on paper and has a preferable design.

The new Samsung Galaxy A31 looks almost similar to all the other budget devices of the company. However, the slender body and lightweight of the device are very lucrative. The body is entirely made from polycarbonate. The brawny body, surprisingly, does not attract any fingerprints. The device brags a huge 6.4-inch super AMOLED display. Likewise, it flaunts a thin bezel around the sides and the top. However, it has a little thick bezel at the bottom.

The 20-megapixel selfie camera lives in the Infinity-U cutout at the top-center. Like any other device, the USB-C port, the 3.5mm jack, and the speaker reside on the bottom panel. The left edge of the device incorporates the enormous SIM tray. The Prism Crush pattern on the rear makes it even more beautiful. Another enticing element of this device is the flat camera array. Besides, the device comes out of the box with a USB cable, earpieces, charger, and the silicone case.

The 6.4-inch big full HD+ display generates a sharp resolution of 1080 X 2400 pixels. The display quality is satisfactory. It is bright enough to comfortably use under the bright sunlight and the colors are very vivid. Besides, you can also tone down the color vividness in the setting. The in-display fingerprint reacts sharply and very promptly.

However, despite having all these good attributes, its performance is a big question mark. It runs the MediaTek Helio P65 octa-core SoC. We would have no complaints with this chipset, had the price of device been under Rs.16,000. But this is certainly not the case here.

The Galaxy M21 costs much lesser than this device and still runs the Exynos 9611. Similarly, the One UI v2.1 doesn’t perform up to the par. The solitary speaker is preferably loud with an average audio output.

MODEST CAMERA OF THE SAMSUNG GALAXY A31

The Samsung Galaxy A31 proudly shows-off the quad-camera array. The 48-megapixel sensor with f/2.0 aperture is the primary camera. Besides, the 8-megapixel wide-angle camera allows you to capture expansive landscapes. Likewise, the 5-megapixel depth sensor provides the background blur effect in your photography.

The camera app however misses out on a lot of features. Considering the price of the device, it is quite disappointing to not see the 4K video recording option. Likewise, it also lacks the Night mode for dim-light photography. You will not get the feature to manually adjust the shutter speed either. Comprehensively, the cameras on Samsung Galaxy A31 is not competent and lacks a lot of features.

SAMSUNG GALAXY A31 PRICE IN NEPAL AND OUR PERSPECTIVE

The Samsung Galaxy A31 costs Rs.36,000 in Nepal. However, we don’t see any superior reason to recommend this device to you. The price tag of this device stays between the price of Galaxy A51 and A50s. On top of that, any of the A51 or A50s is a better pick.

The unsatisfactory performance and substandard cameras are the biggest downsides of this device. You will find several other Samsung devices with better power and at the same price. We suggest you to either get yourself the Galaxy A50s or the Galaxy M31 or even the Galaxy M21 instead of this.

[…] new Samsung Galaxy M31s has a refresh rate of 60HZ. Again, although this is not the best number on paper, we should […]