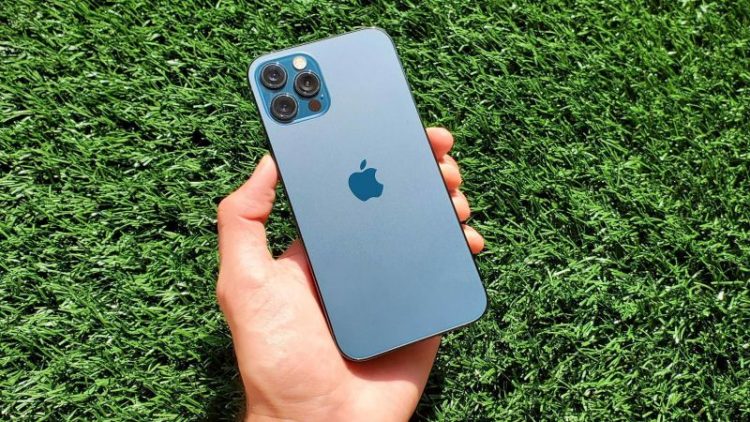 We hardly use the phone on our smartphones these days. We get smartphones for a variety of reasons, with the initial purpose, making a voice call to someone, pushed to the sidelines. In fact, smartphones are so powerful and sophisticated these days that many people buy them solely for other purposes, not even bothering to install a SIM card after purchase. There are individuals that make the most of their smartphone, pushing it to its limits as it adds to their convenience and streamlines processes. This last group of users is targeted by the Apple iPhone 13 Pro Max.

The only noticeable difference between the iPhone 13 Pro Max and the iPhone 12 Pro Max is the bigger camera bump, which now features a larger square. This emphasizes the one aspect of the phone that has changed significantly in the previous year.

On the display side, the notch has been reduced in size and made somewhat deeper. But it hasn’t gone away, and even with this fix, it’s not getting any bigger. Surprisingly, the iPhone 13 Pro Max seems heavier than the previous year’s model.

Let me set the record straight on one point. It’s redundant to discuss the majority of an iPhone flagship’s features. They’re typically exactly what you’re expecting, if not slightly better. So everything about this gadget is top-notch, from the design to the computing power. But that’s to be expected from a high-end Apple gadget. With that being said, let’s look at the new things the device has to offer.

The camera on the 13 Pro Max has been enhanced, albeit it protrudes a lot more. Apple is physically showing its camera strength with the iPhone 13 Pro Max. This is the muscle on display, as seen by the large bulge on the back. The lenses are also bigger and deeper than previously, implying that this camera can capture more light and perform better in low light.

When compared to the previous generation of Pro Max phones, all of this translates to significantly better photos. With whatever you click, there is considerably more detail, clarity in low light, and generally a better character.

But that isn’t what Apple is trying to sell this time. Apple has prepared its first macro mode for its Unique Selling Point (USP). Macro mode isn’t a brand-new smartphone function. However, Apple’s approach is clearly unique. In the camera app, there is no such thing as a Macro mode. When you get extremely near to a subject, though, the phone changes to the ultra-wide lens and macro mode.

The results are excellent, and they may be the greatest close-up images ever captured on a smartphone. Especially if the lighting is favorable. Also, the photos are not crisp throughout and there is a focal point where it is flawless, which appears to be due to the usage of an ultra-wide lens.

When you switch to video, the camera magic increases by one step. Cinematic Mode was created by combining Apple’s processing power with the three lenses and its computational photography techniques. When the subject’s attention or gaze moves, this mode, like the millions of movie sequences it’s been trained on, is able to shift focus from one subject to the next. That’s difficult enough to accomplish with movie cameras, but Apple does it automatically. That’s not all; in the post-production stage, you may even tweak the whole editing video.

Another group of users will like the other Pro included with this phone. The ProMotion variable refresh rate will be a hit with gamers. Nothing groundbreaking here, but Apple always does things differently. As the content demands, the iPhone 13 Pro Max will transition from a 10Hz refresh rate to a 120Hz refresh rate. And no, the user has no say in the matter. She can entrust such difficult decision-making to the phone’s A15 Bionic processor.

To be honest, you wouldn’t notice anything unusual about this display if you were just going about your business. That’s how fluid it is. However, when playing games like Thumper: Pocket Edition+, you’ll notice a difference in how this phone renders the game differently than the previous versions of the iPhone. Remember that this phone includes an additional graphics core that is now entirely dedicated to video playback.

So, what is the power capacity of this phone? Well, powerful enough to alter the focus of 4K videos. That’ll be difficult even for a 2017 MacBook Air to do. And it’s with that kind of power that Apple’s gadgets are future-proofed for a few years.

All of this should have resulted in the iPhone 13 Pro Max being a power drainer. The phone’s brilliance is that, despite all of this, it has a longer battery life than any previous iPhone.

The iPhone 13 Pro Max is a fantastic phone, but it holds back key capabilities that would otherwise blow your mind and transform your life on a daily basis. The Cinematic Mode is a statement of how powerful smartphones have become, but it isn’t a function that most people will find helpful. Wedding photographers and creators will be overjoyed, but the top executive who is upgrading to his next phone will not.

In this regard, the longer battery life is the component that has the most influence on most people. The iPhone appears to have reached a point where the next significant update, rather than being incremental, will have to be a disruptor.

The iPhone 13 Pro Max is without a doubt the finest phone available. Should everyone, however, get this phone? No. That isn’t because the Pro Max has any flaws, but rather because the iPhone 13 itself is so wonderful for everyday use. The Pro is obviously intended for people who will benefit from the improved camera, display, and graphics performance. This phone is a must-have for anyone who is a creative or a developer working on cutting-edge apps.

Also, don’t forget to check out our review of the iPhone 13 by clicking here.