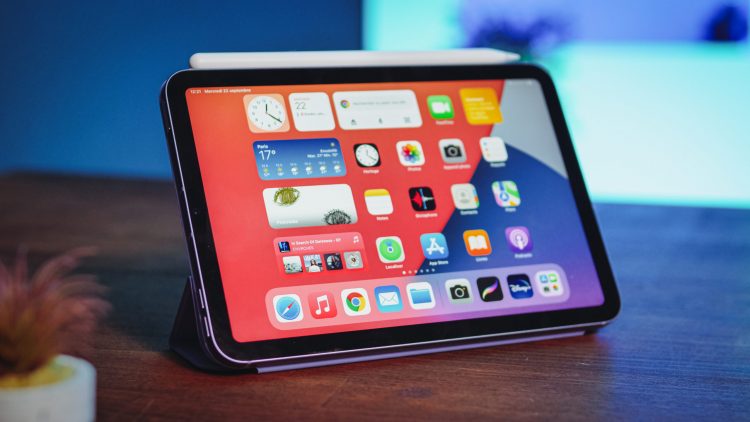 People have adored the iPad mini ever since its release. And coming with an improved design and better performance, the iPad Mini 6th generation is better than ever. It is more powerful, versatile, and portable resulting in increased price. Now, the question is, is the new iPad mini sixth-generation worth NPR 1,32,000? Read the complete article to find out the answer.

The new iPad Mini 6th Generation looks quite similar to the iPad Air featuring a bezel-less look and touches an ID-enabled power button. Besides, the significant change in design is the expansive display.

Apple has increased the display size from 7.9inch to 8.3inches, with dimensions remaining almost the same as the previous. It measures 195.4 x 134.8 x 6.3mm. This shows that the new iPad Mini 6th Generation is as portable as before but with a larger display and better look. Similarly, you can easily use the new 293g iPad Mini 6th Generation with one hand. Further, to justify its portability, the small iPad can easily go into the larger pockets of your jacket.

Talking about the physical appearance, the device includes stereo speakers at the top and the bottom. Similarly, the power button and the volume rocker are available on the top edge, while the USB-C is on the bottom panel. In addition, the new iPad mini is available in new colors like Pink, Starlight, Space Grey, and Purple.

The 8.3inches LED IPS display is significantly luring in the new iPad mini. It generates vivid and sharp visuals with up to the par brightness. The big display produces a resolution of 2266 x 1488 with a pixel density of 326ppi.

Although the bezel-less display has many benefits, it also has a downside, especially for multi-tasking. Yes, the device incorporates features like split-screen and floating window, but pragmatically it is not feasible to use. The texts and icons become prominently smaller and hard to tap when we use these features.

iPad Mini 6th Generation can handle almost any task, be it 4k video editing or playing a game on the highest setting possible. Similarly, the iPadOS 15 offers a lot of attractive features and gives us a better tablet experience. For example, it provides features like Quick Notes, Intelligent handwriting recognition, and many more.

When it comes to storage, there are not many choices. First, you have to either pick the 64GB variant or the 256GB variant. Unfortunately, you will not find the in-between 128GB version in this year’s iPad mini.

The small frame for the new iPad Mini 6th Generation restricts the device from incorporating a larger battery. However, this does not mean that the new iPad runs out of battery in a few hours. On the contrary, it will easily last you an entire day with good use of social media, gaming, and Internet surfing. With sporadic use, it will last for a couple of days.

Besides, Apple still ships the charger with the iPad mini, unlike the iPhones and iWatches. The device comes out of the box with a 20W USB-C charger that can charge from 0 to 34% within 30 minutes. Similarly, it can charge the device from 0 to 100% in just two hours.

The camera of the iPad Mini 6th Generation

Apple has finally upgraded the selfie camera from a substandard 7MP sensor to an excellent 12MP camera. It is noticeably better than before and captures pictures with better details and less noise. Besides, the 122degree field of view on the front-facing camera keeps you in the center of the frame even if you are moving around. Moreover, it will automatically reframe if other people come into the picture too.

A similar story is seen on the rear camera, which is also a 12megapixel sensor. It does an excellent job in point-and-shoot photography. However, it lacks bits and pieces when it comes to detailing and contrasts. In addition, you will also not get any camera effects like the night mode and center stage.