iOS 15.4 Developer Beta – Everything You Need to Know 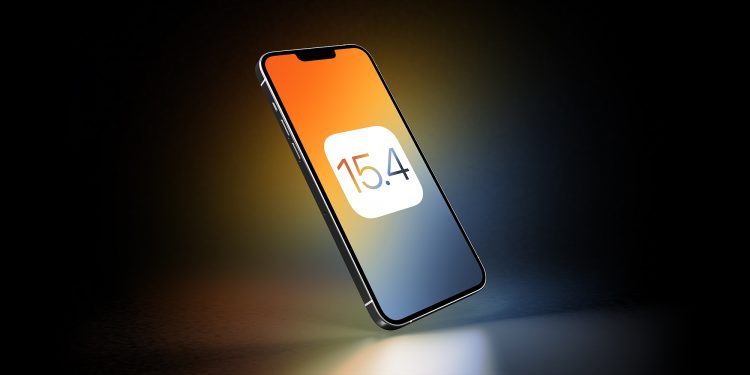 iOS 15.4 Developer Beta – Everything You Need to Know

Apple has recently released the first iOS 15.4 developer beta and it contains a lot of new features that are certain to please the users. This update will most likely be the last update before the iOS 16 which Apple will unveil at Apple’s WWDC 2022 developer conference.

Having said that, iOS 15.4 is a major update that is looking forward to enhancing the overall iOS experience. Besides, iOS 15.4 has primarily focused on improving privacy and notification delivery.

We have already mentioned that the new iOS 15.4 is currently in the beta version. And in general, Apple releases such updates just a few weeks after the release of the beta version. This is so to ensure stability. Although Apple has not published the exact release date of iOS 15.4, we can anticipate a lot of beta versions before the official version becomes available for the public.

If we look into the last year’s trend, Apple released iOS 14.5 beta on February 1st of 2021 and the official version became available in April. Now, judging from last year, the new iOS 15.4 should most probably be available in the middle of April of 2022.

It is extensively difficult to unlock your device when you have your masks on. Therefore, the new iOS 15.4 allows you to unlock your iPhone without removing your mask. This is a massive improvement to Face ID because other biometric locks are not much affected by facial masks.

Having said that, this feature is not present in the older versions of the iPhone. It is available on iPhone 12 or a newer version. This is because scanning a masked face requires intense scanning of your eyes for authentication.

iOS 15.4 will be a boon to you if you are into the Apple ecosystem. This is because it allows you to relish a unified cursor that lets you control both devices simultaneously with a single cursor. However, for this, you will need your iPad updated to iOS 15.4 and your Mac updated to Monterey operating system.

The new iOS 15.4 has a new widget that allows you to look through your card balance and your recent spending. However, it is quite unproductive because you can only select weekly, monthly, and yearly reporting.

Every year Apple adds many new emojis in its iOS updates and it looks like things won’t diverge this year either. The new iOS 15.4 features 37 new emojis with new hand gestures, trolls, and new face emojis. The list of emojis is akin to what Google will be adding to the upcoming Android 12L version of the operating system.

Text Scanning with Notes and Reminder

Text scanning with notes and reminders is another tempting feature of iOS 15.4. It allows you to scan texts from applications like Notes and Reminders using iPhone’s camera. This will exceedingly save your time as you can simply point the camera to texts and import it in notes or reminders.

OnePlus Buds Z2 – Is It Worth Your Money?

[…] Oneplus Buds Z2 is set up with the Hey Melody application that is compatible with both Android and iOS. If you use a OnePlus smartphone then you will find the app in the device’s firmware and you will […]