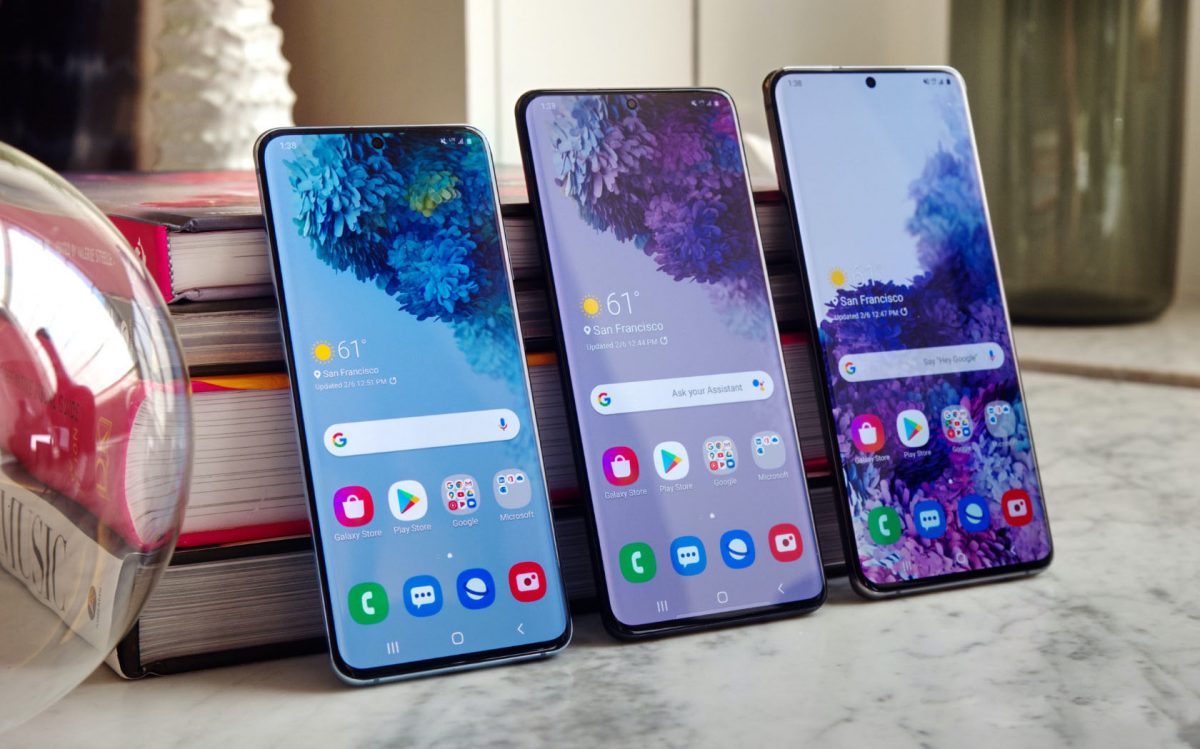 The long rivalry between Apple and Samsung is back with the recent release of Samsung Galaxy S20. The Samsung S-series has stepped up once again to lower the growing commerce of the iPhone 11. Long-awaited flagship device of Samsung finally hit the market on 11 Feb 2020 with the offer of giving free earbuds on pre-bookings.

The premium Samsung Galaxy S20 comes with a splendid glass body which is protected by the solid gorilla 6. The device comes with an indistinguishable physical appearance from the earlier Galaxy S10 with few refinements and changes. For instance, the bulky cutout on the top right corner for the selfie camera is now brought in the center with a prominent reduction in the size of the snick.

Doubtlessly, the stunning S-series device is water and dust resistant with Ingress Protection 68 certification. Going with the trend, the 3.5mm jack is finally discarded on the S-series. Further, the famous waterfall design is also not seen in the fresh Galaxy S20.

Like always, Samsung has once again pleased the public with its super-bright and high-quality display. The 6.2inch display of Galaxy S20 has a refresh rate of 120Hz which is twice more than that of Galaxy S10. The 1440p dynamic AMOLED display can support dynamic mapping technology and swaggers the 556PPI pixel density.

Bragged with Qualcomm Snapdragon 865 chipset with an octa-core processor, the device feels a lot more  smoother than the prior models. Therefore, the only place where Samsung lagged behind is on the gist of the battery.  In other words, the 4000mA.h battery with the 25W fast charger is a big let-down from Samsung. Provided with all the high processors and attributes, the manufacturer should have ameliorated the battery life.

Looking at the brighter side, the Galaxy S20 runs Samsung’s new One UI 2 software over the android 10 which indulges new features such as dark mode, smart reply, and better privacy controls. In addition, The standard model of s20 incorporates 8GB RAM and 128GB internal storage which goes up to 12GB and 512GB on higher standard models.

The Samsung Galaxy S20 has made prominent enhancements in cameras. Coming with a bigger sensor, bigger zoom, and better features, Galaxy S20 has finally overcome the shadow of Apple and Google in terms of photo quality. The triple rear camera includes 12MP primary camera, 12MP ultra-wide camera, and a 64MP telephoto camera which comes with a 3X hybrid optic zoom and the digital zoom that goes up to 30X.

Besides, the superior variant, Galaxy S20 plus has a monster 100X space zoom. Likewise, the camera of Galaxy S20 provides a sundry range of colors and better picture detailing in comparison to the iPhone 11. Nevertheless, the device is capable of taking 8K videos with super stability and focus.

[…] The Vivo X50 Pro looks like a snazzy, premium device. The curved display of the device is a grabby attribute. Vivo has given birth to a new modish and refined design with the release of X50 Pro. The frosted glass at the back doesn’t attract a lot of fingerprints. However, the phone is quite slippery. The 180gm X50 Pro is one of the slimmest devices of 2020. Also, the rectangular camera array at the back looks alike to the Galaxy S20. […]