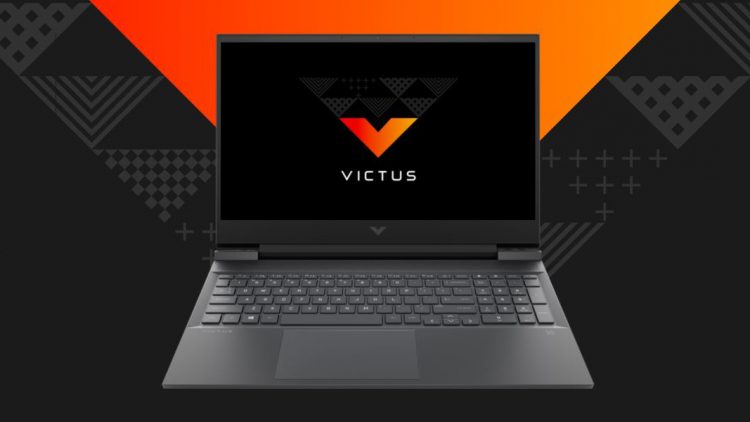 HP has recently placed a considerable emphasis on extending its gaming offering. The brand has mentioned it several times is progressively releasing gaming PCs in various pricing ranges. HP Victus 16 is recent example of its dedication to gaming.

The Victus 16 is a mid-range gaming laptop from HP that is powered by an AMD Ryzen 5000 series CPU. This implies it has just enough power to run high-performance games without crashing. You will, however, be missing out on some of the bells and whistles seen on other high-end gaming laptops.

Know that the Victus 16 is not your typical take-to-work laptop at that price. It has a bold and unique identity, similar to that of a gaming laptop, that has been painstakingly crafted. Surprisingly, this is visible even without the flashy gimmicks that are commonly seen on gaming laptops these days, such as lights and stickers.

So, how does the Victus 16 stand out among the slew of gaming laptops on the market today? More significantly, how does it perform as a gaming device, which is typically linked with high performance and lifespan expectations? Here’s what we thought of it.

With the Victus 16, HP has met all of the essential criteria for a gaming laptop. After all, the brand has experience making such a device with its Omen series, and the Victus 16 will show off some of that skill. This time, though, it has honed the product much further.

The Victus 16 will appear enormous and hefty right out of the box, with an all-black finish because, well, nothing entices gamers more than a dark-colored gaming gadget. The laptop’s massive form factor also indicates a sturdy design and the presence of critical components that will provide a smooth gaming experience. We’ll get to these in a bit.

The difference between the Victus 16 and other gaming laptops can be seen immediately away. Unlike many other devices that overly decorate their gaming laptops, the Victus 16 has only a huge and prominent “V” namesake at the top. The name Victus is strewn around the bottom of this lid as well.

The lid rests on top of shoulders on either side, one of which has a label identifying the laptop as an HP design. The screen, on the other hand, is not supported by these shoulders. Instead, the display is hinged from the centre, with a little gap on top of the shoulders for aesthetic reasons.

When you first open the laptop, you’ll notice a spaced-out keyboard with smaller-than-usual keys. The keyboard takes up nearly the entire width of the laptop, although room is left at the top for speakers and at the bottom for a wide and responsive touchpad. In this regard, everything about the Victus 16 suggests functionality and simplicity of use. A single level of backlighting is also provided for the keyboard.

However, there is room for improvement. The keyboard has a single key size throughout, making it difficult to tell where the end of the letters and the Numpad begin. This also means that you’ll need some time to get used to the arrow keys, which are oddly situated just below the right-shift. Though you will quickly grow accustomed to this setup, and using the keyboard will become second nature.

The remainder of the laptop is as simple as it gets, yet attractive. The design has minimal branding, an all-black finish, and a big form factor that will take up a lot of room. To give it an upright stance, support strips are put at many spots on the bottom. Overall, Victus 16 has the appearance and feel of a large, powerful machine that is serious about its mission.

If the form factor doesn’t convince you of its ready-to-go attitude, the large display will. The HP Victus 16 has a large and broad 16.1-inch display that is a joy to look at from the moment you turn it on. It has a typical 16:9 aspect ratio, so you’re probably already used to the way it’s laid up.

The display is crisp and colorful, and it will work well for all multimedia applications. Playing games and, of course, viewing movies can (and should) be part of this. You’ll enjoy the visual experience on Victus 16 at any time of day or night.

However, at this price point, there are better screens available. The one on the Victus 16 has a Full-HD (1920×1080) resolution and a refresh rate of 144Hz. Even with them, the display is a little too jerky for fast-paced titles like first-person shooters and should be better.

The display’s large size and the insufficient hinge that supports it are two major flaws. The screen wobbles excessively during operation, and you’ll have to be careful not to shift the laptop too much to keep it stable.

The AMD Ryzen 7 5800H CPU, which has eight cores and 16 threads, is used in the device. A 16GB RAM and an Nvidia GeForce RTX 3060 graphics card are also included. In our experience, the combination was sufficient for a robust gaming experience, albeit it does have limitations.

For example, you can play everyday games with ease, such as strategic games like Age of Empires and racing games like Asphalt 9. In reality, you’ll be able to run these games and other programs at the same time without any problems.

When you play graphically intense games like Halo 4 and Injustice 2, problems begin to develop. The games can fail to load, and there can be a few delays here and there. The Victus 16 is mostly able to run them smoothly, as you’d expect from a gaming laptop.

When gaming on the HP Victus 16, there are two major advantages. One, the laptop includes a wonderful Bang and Olufsen sound system that provides a high-volume, surround sound experience and will meet your gaming and entertainment demands.

The Victus 16’s battery is similarly excellent. It provides a sufficient backup of roughly 6 to 7 hours of normal use, such as internet surfing and office activities including documents. The Victus 16 would last about 4 to 5 hours if you were to play games on it. It’s also quick to charge, reaching roughly 10% in about the same amount of time.

A variety of connection choices are also available on the Victus 16. On the left, the laptop has a Gigabit Ethernet connector, HDMI 2.1, USB-A 3.2 Gen 1 and USB-C 3.2 Gen 1 ports. On this side, there’s also a 3.5mm audio connector and an SD card slot. It has two USB-A ports on the right side. Wi-Fi and Bluetooth 5.2 are two wireless communication possibilities. A 720p webcam is also located at the top of the screen for video calls.

Our Verdict and Price of HP Victus 16 in Nepal

The thing with Victus 16 is straightforward. Everything you’ll need for a good gaming experience is justified for the price of Rs.105,000. The speakers and the heat management system are two additional features that can be really beneficial.

However, there is some space for improvement in areas like as display and performance. As a result, it fills a niche where you need a powerful gaming laptop but don’t want to pay top dollar for a high-end model. The HP Victus 16 will, nevertheless, be an appropriate product for your plan if you want a gaming laptop that is both affordable and versatile enough to be used for normal work.

If you are confused about which laptop is suitable for you then check out our laptop buying guide which will sort your matter.