Apple Watch Series 7 – Should You Buy It? 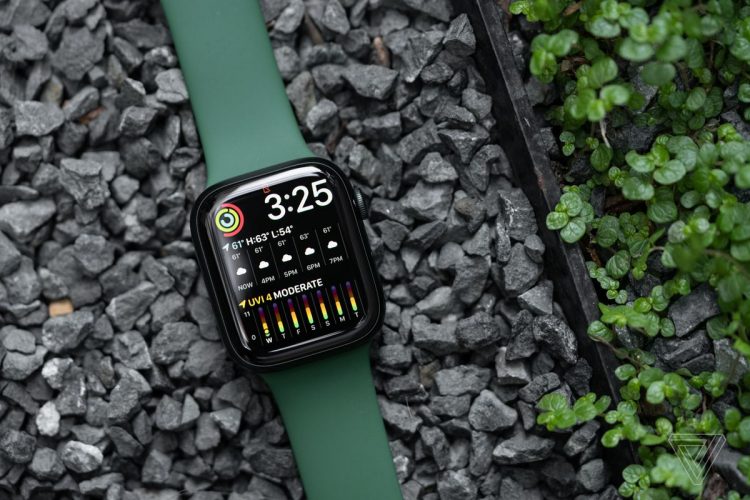 Apple Watch Series 7 – Should You Buy It?

The Apple Watch has always been thought to be the king of smartwatches, and the company has once again justified the statement with the recent release of the Apple Watch Series 7. It features an expansive display, a QWERTY keyboard, and a fast-charging capability. On the other hand, the battery life seems to be the same as before. But it is the best smartwatch for iPhone users.

The significant changes seen on the series 7 are the enlarged screen, faster-charging capability, and better durability. But, apart from that, most of the features are similar to Series 6. For example, it has the same blood oxygen saturation measurement, always-on display, and ECG measurements feature as on the previous SE variant.

To put things bluntly, if you have a Series 6 or a Series 5, then we don’t suggest you buy the new Series 7. But if you own an over-the-hill version like Series 2, then the Apple Watch Series 7 will undoubtedly be a leap forward to you.

The new Apple Watch Series 7 has a bigger display, and the bezel is significantly reduced. The slender bezel has played a vital role in expanding the size of the screen without changing the casing dimension. Therefore, the beautiful smartphone comes in 41mm and 45mm size options. Besides, the watch is a bit heavier than the previous version weighing around 32gms.

Similarly, the corners of the new Series 7 are more round, and the smartwatch incorporates an IP6X dust resistance rating. The aluminum variant comes in five colors: Midnight, Starlight, Green, Red, and Blue options.

Apple has also updated the user interface and has increased the size of the buttons in applications like timers, alarms, and calculators. The larger buttons make typing a lot easier on the smartphone. In addition, you can also play around with the font size and choose the one that is suitable for you.

One of the most lucrative features of the new Apple Watch Series 7 is the QWERTY keyboard. Further, the autocorrect feature works exceptionally well. Its ability to correct words before you finish typing is just unique. Another tempting feature is the

QuickPath feature allows you to type the words by swiping between letters. Swiping fingers between letters are much more straightforward than pecking individual keys.

Typing on the watch is still an uphill battle. Besides, often you will be deleting an entire sentence when you meant to erase only one character. This can be very frustrating at times.

The new Apple Watch Series 7 can charge significantly faster than its older variants, which is beneficial if you use the watch to track your sleep. Apple taunts that the smartwatch can charge 33% faster than the Series 6. Correspondingly, the device is charged from 0 to 50% within 30minutes which is an impressive number.

However, Apple has not improved its battery life, which is quite disappointing. It lasts for 18 hours on a charge, just like the Series 6, Watch Se, and Series 3. Another snag is Apple’s new charger which compels you to buy a charging dock with a built-in Apple Watch charger like Apple’s MagSafe Duo. Nevertheless, the fast charger will work with any USB-C compatible adapter.

Apple Watch Series 7 is built around the new S7 system on a chip but incorporates a similar feature as the Series 6. The new Series 7 also supports the blood oxygen saturation measurements, notifying a high and low heart rate. Similarly, the compass assists in tracking the location precisely. The always-on altimeter for measuring elevation and detecting falls.

[…] Apple still ships the charger with the iPad mini, unlike the iPhones and iWatches. The device comes out of the box with a 20W USB-C charger that can charge from 0 to 34% within 30 […]