Apple iPhone 13 Overview – Everything You Need to Know 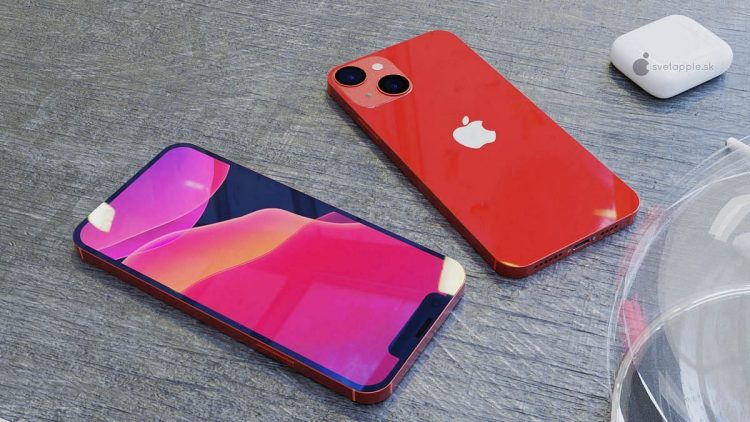 Apple iPhone 13 Overview – Everything You Need to Know

The new iPhone 13 looks quite similar to its older sibling. However, if you are a flagship admirer, you will know that flagship device are not just about the physical appearance. Apple has made a lot of internal improvements. It has a more robust battery life, a superior display quality, and, most importantly, a better processor. Similarly, the new sensor has also significantly improved the camera performance.

Design and Colors of iPhone 13

Like most of the time, Apple has not made many changes to the new iPhone 13. The only changes we see are on the rear camera and the notch. The rear camera is now arranged diagonally, and the notch in the front is relatively smaller than the precedent variant. Likewise, the new Apple product still offers the same true depth camera system and the Face ID.

One of the only two changes, the display notch, doesn’t make the physical appearance of the iPhone 13 any different. Besides, the notch will not cause any disturbance while watching videos in landscape mode. However, we can see the positive impact of the notch while using applications that have a white background.

Although the new iPhone 13 looks akin to the iPhone 12, the buttons are not placed in the same place as before. Instead, we can find the power button on the right panel in a bit lower position. Similarly, the ringer switch and the volume rocker live on the left panel but in a lower position.

Similarly, the device offers the same Ceramic Shield display, sturdy back glass, and smooth, flat edges. The iPhone 13 has the same IP68 water resistance and still doesn’t offer a Touch ID. We all understood the importance of Touch ID over Face ID as Face ID did not work well with masks on.

The superior variant, the iPhone 13 Pro, incorporates an adaptive display with a 120Hz refresh rate. However, this is not the case in iPhone 13. Instead, the alluring iPhone 13 boasts the super XDR 6.1-inch display, which is 28% brighter than iPhone 12. In addition, it can generate a resolution of 2532 x 1170 pixels.

Similarly, it is also rated at 800nits, which is 200nits more than the prior version. Although the number doesn’t look extensively impressive on paper, we can see a dramatic change. It allows us to see the display clearly, even in direct sunlight.

In short, the overall display quality is up to par. We also cannot disregard the color accuracy of the new iPhone 13. The device managed to get a Delta-E score of 0.26 (the lower, the better).

The new iPhone 13 has a diagonally arranged dual-camera system. It packs a 12MP wide-angle camera with f/1.6 and a 12MP ultrawide camera with f/2.4. However, the diagonal arrangement is not the only change we see on the rear camera. There are a lot of changes and improvements made to the camera. Correspondingly, the wide camera can now accumulate about 46% more light than the iPhone 12, all credits to the expansive camera with 1.7um pixel.

The new photographic style feature available in the device allows you to take more control over your pictures. Besides, we also have multiple filters like vibrant, standard, warm, and cool. We can imply these filters to elevate the quality of our pictures. There is also a significant improvement in night mode.

The iPhone 13 can make you feel like a professional director, thanks to the luring cinematic mode. The incorporation of the new cinematic mode ensures automatic focus change. Besides, it also minimizes the noise and offers a better dynamic range.

Performance and A15 Bionic Chip

The new iPhone 13 is built around the latest iOS 15 that delivers a massive up-gradation to your device. Now, you can find a new “Shared with You” section in the message application. This feature allows you to access your message contents quickly. In addition to this feature, there are several other improvements as well. For instance, we can see a noticeable improvement in the audio interface of FaceTime.

Apple also says that a future update will allow you to watch your favorite movie with your friends and family. Similarly, the iOS 15 assists in filtering your notifications. Further, we can see updates in safari, a better descriptive weather app, and maps with better road views.

The A15 Bionic chip in iPhone 13 performs almost as same as the A14 Bionic chip of iPhone 12. However, the A15 chip has a 6-core CPU and 4-core GPU. Besides, it also packs a 16-core Neural Engine, which is a crucial element for machine learning and AI. Talking about the prior variant, it offered an 8-core Neural Engine.

Apple taunts that the CPU of the iPhone 13 offers 50% faster performance than the iPhone 12. Similarly, GPU can also render 20% faster.

Apple says that the battery of the new iPhone 13 lasts for around 10hours and 30minutes. In addition, the number says that it is 2hours better than the iPhone 12. The more substantial battery and better optimization from the A15 chip have significantly improved the battery life of the iPhone 13.

However, the charging speed is still the same. For example, the 20W charger can charge the device from 0-50% in about 30minutes. On the other hand, the 15W MagSafe charger takes around an hour to do the same job.

AirPods 3 – Is It the Best Wireless Earbud in the Market?

[…] a lot of speculations and setbacks, Apple has finally released the all-new AirPods 3. And it is full of new features and functionalities. You […]